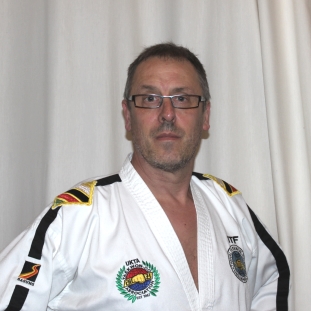 Grandmaster John Williamson is the current President of the UK Taekwon-​Do Association. He is the Senior Instructor at Elgin School of Taekwon-​Do and operates his own Taekwon-​Do Academy and Dojang.

John Williamson was born 30th December 1957. Initially driven by a desire to improve his gymnastic Northern Soul dance moves, he started his Taekwon-​Do journey at Elgin School of Taekwon-​Do on 29th May 1977. Three years and six A passes later, on 31st March 1980, he promoted to 1st degree.

When promoted to Master by Grand Master Rhee Ki-​Ha on 4th March 2001, Mr Williamson became Master Williamson and one of the first students to complete the entire syllabus of the UKTA, by performing a physical grading from 10th Kup to 7th Degree.

As an Instructor, GM Williamson runs one of the oldest and largest Schools in the UKTA. He has taught Taekwon-​Do to over one thousand students, with over 100 of them reaching Black Belt. When one particular student, Sean Cattanach, promoted to Master, Grandmaster Williamson described it as ‘…my proudest moment in Taekwon-​Do’.

Grandmaster Williamson notes that his favourite Taekwon-​Do technique is flying reverse turning kick. It made him a Taekwon-​Do World Champion, but thankfully… he didn’t try it on the dance floor. 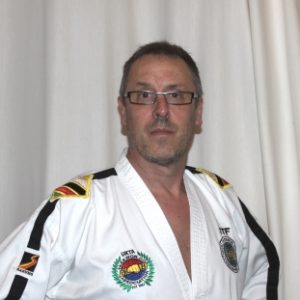